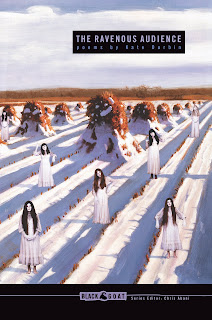 AKASHIC: Some of the poems in The Ravenous Audience are based on the films of Catherine Breillat and Pier Paolo Pasolini, among others. What was it in particular about the medium of film that inspired you?

DURBIN: Catherine Breillat’s films incited the first works I wrote for this collection. I consider these poems to be breakthroughs for me, because of the intense material (her films are deeply violent and sexual in complicated ways that I’d not dealt with in poems before), and in terms of pushing form. I think her work initially gave me permission to mess around with the substance of the poems in a way that was liberating, since the poems were not “mine.” Of course, they are mine and not mine, as all poems are, but it didn’t feel that they were all mine while making them. This also prompted me to organize and approach the material in surprising ways, since what I was doing was in part an act of (mis)translation. I tried a different approach with each poem—some have dialogue lifted from the films’ subtitles, others have scene descriptions, others add new elements completely from my imagination, etc. Formally they all look different—for example, one poem, Romance, is in the shape of a cross, while Perfect Love is in quatrains.

AKASHIC: Speaking of films, Marilyn Monroe is one of the famous dead women in your collection (along with Amelia Earhart and Clara Bow). She has two poems—one of which is a faux interview. What drew you to writing about her in particular? Why did you choose the interview form? Also, what sort of research did you do to make this poem?

DURBIN: My interest in Monroe is a complex one; her interview took me something like six months to write. I saw all of her films, I read the conspiracy theory websites, watched her interviews on youtube, and read several biographies, all of which were really troubling. There’s this problem w/ Monroe and biography—a conundrum Sarah Churchwell talks about in The Many Lives of Marilyn Monroe. Myths about Monroe keep getting passed around, accruing more minutiae; one biography citing the previous, yet there is no essential text, no “primary truth.” Her biographies say more about the biographer and his hang-ups about women than they do about Monroe—Norman Mailer’s is one hilariously sexist example of this; I recommend it for a good laugh. On the flip side, many feminists dismiss her as the perpetual bimbo, or turn her into a postmodern cipher for cultural desires, without acknowledging that she was also a living person.

One of the things that struck me when I was watching Monroe’s interviews and reading Churchwell’s book was how Monroe actively co-created the public’s perception of her. She wasn’t just this passive (aggressive) victim, controlled by the film studios. She lied to the public, constructing a personal myth for herself that really activated people’s “unconscious,” as she said herself. She greatly exaggerated her experience as an orphan, for example. She said “Clark Gable” was her father. She also longed for “serious” roles, read James Joyce, had intelligent opinions about politics. She was smart, and full of contradictions, as people are, and I didn’t want to make that “the problem of Marilyn Monroe” because I don’t think it’s a problem. I think it’s human.

The interview form seemed the best platform to let my Monroe be active in creating her myth, via this uncanny, re-activating transcript. 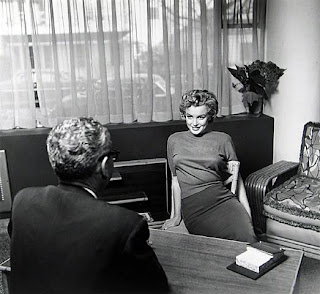 AKASHIC: Speaking of forms, the poems in your book take many forms—is there a particular reason that you chose not to stick to one or two forms?

DURBIN: I see forms like outfits. There are lots of women in my collection; each needed her own outfit. As outlined above, Monroe’s interview is the form of choice for her, allowing her a particular sort of power/movement—yet, the form, despite its merits, eventually became (as all forms do) constrictive, a tightening corset, to stick with the clothing metaphor. So I put her in a clown suit, which is why the poem shifts into deranged territory at the end.

I’m invested in this dis-integration of form, and you’ll see I do it in several of the poems in the book. Rupturing form seems to be a necessary way to let these women escape—from me as the one writing their identities and destinies, and also from the reader. To shift in such a way that the reader suddenly aware of his reading the woman/poem, interpreting her in a limiting way, and then poof! She’s gone, dress/form crumpled on the floor. 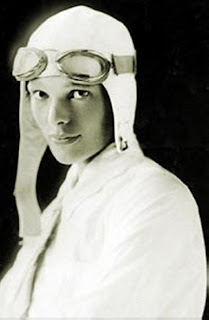 To see more information about THE RAVENOUS AUDIENCE, visit http://www.akashicbooks.com/ravenousaudience.htm
Posted by Akashic Books at 8:20 AM